The members of the Union of Independent Networks of Russia met at the World Trade Centre on 2 June 2015. 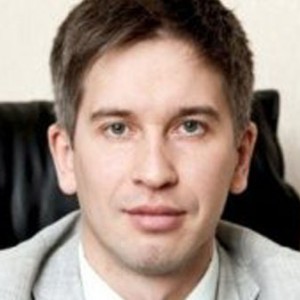 120 heads represented regional retail chains at the event. The forum covered many important issues, including the mechanisms of customer management. One of the forum speakers was Anton Semennikov, the CEO of Zolotaya Seredina.

In his speech, Mr Semennikov described his company’s successful experience in building loyalty programmes that can increase the profits of partner organisations by 1.5 times in a year; he also spoke about common misconceptions concerning the essence and functionality of loyalty programmes. According to Anton, top managers’ understanding of the role that loyalty programmes play in business is often too narrow. It is often limited to issuing plastic cards for customers, giving out discounts, and mailing offers. However, for Zolotaya Seredina’s experts, loyalty programmes mean something more—for them it is a tool for increasing profitability.

The leader of Zolotaya Seredina has also shared his thoughts regarding the differences between discounts and bonuses and explained why Russian companies prefer bonus-based loyalty programmes.

The main focus of the speech was on the Smart Loyalty programme offered by Zolotaya Seredina. This programme’s success is attributed to the detailed development of four key profit-affecting factors: the conversion of customers (from new to regular ones), purchase frequency, average purchase size, and margin.

The main goal of the Smart Loyalty programme is to increase each of the mentioned indicators. While the meaning of the first three indicators is clear to 95% of executives, the last one, margin, needs some additional studying. Margin is influenced by the cost of the benefits which the company offers to its customers. The most expensive option here is discounts, while bonuses tend to save the company’s money. HOWEVER, it is important to correctly calculate the size of the bonuses offered to customers for their purchases and to motivate customers to come more often and buy more. The main mistake that business people make is their inaccurate estimates of the size and terms of the benefits offered, which directly influences the margin of their network. Sometimes such calculations are omitted entirely, which results in many loyalty programmes not just becoming unprofitable, but failing to break even. Zolotaya Seredina’s managers devote much time and effort to this factor. They develop bonus mechanisms in such a way that when a buyer receives a 10% bonus for a certain item, the actual amount does not exceed a 3% discount for this item.

It brings great results: with a 20% increase of each indicator, the company’s profits can increase by 1.5 times. Zolotaya Seredina’s customers participating in the Smart Loyalty programme achieve such results.

This event was the one to open the official programme of the Russian Retail Week, the largest retail forum that took place from 2 June to 6 June 2015.